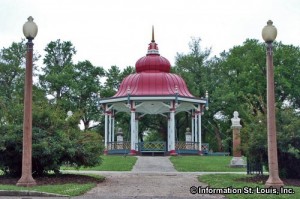 Henry Shaw, an English immigrant who arrived in St. Louis in 1819 at the age of 19, became a prosperous business man and was able to retire by the age of 39. In 1840, he purchased a 2,000 acre tract of land that was, at that time, a vast prairie located outside the St. Louis City limits. He built his country home on this tract of prairie in 1850 and named it the Tower Grove House. Henry Shaw was also the designer and developer of Tower Grove Park. The 289 acre park was originally part of his vast prairie estate. In 1868, Shaw donated the park as a gift to the citizens of the City of St. Louis with the stipulation that it would always remain a park. Tower Grove Park is modeled after the many pleasure parks Shaw studied in Europe, with beautiful pavilions, curving "carriage" paths, a model sailboat lake and appealing art in the form of statues. Today it is a National Historic Landmark, one of only seven parks in the nation with that designation!

The "Ruins" and Fountain Pond in Tower Grove Park Link 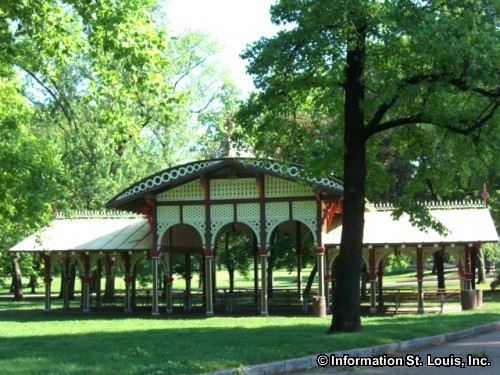 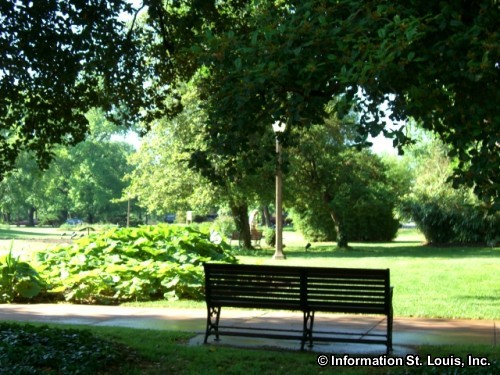 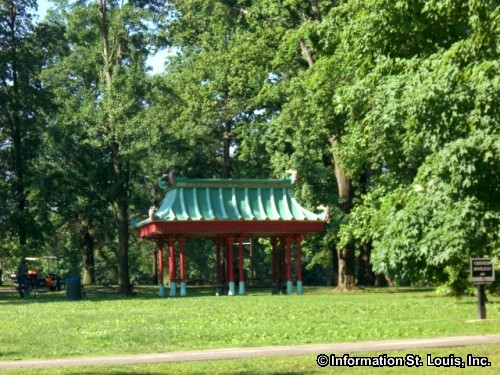 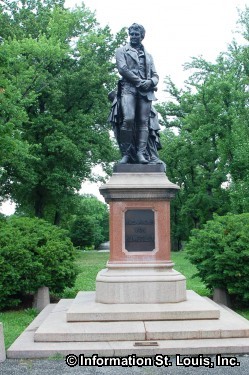 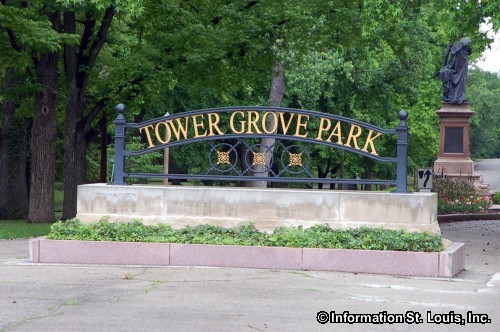 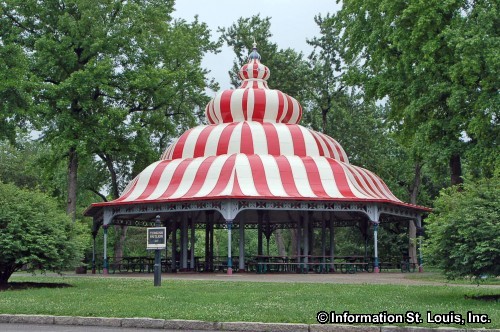 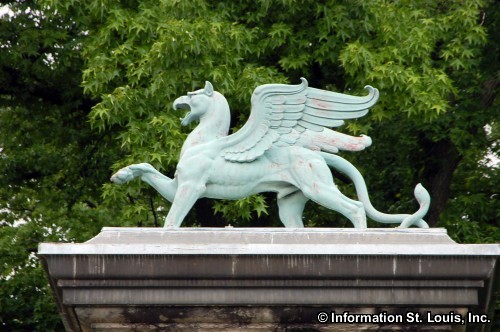 Griffin on the Grand Avenue gate 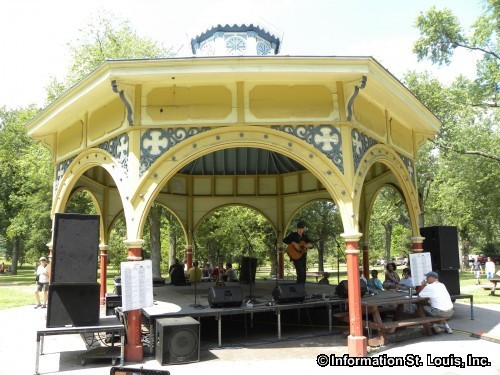 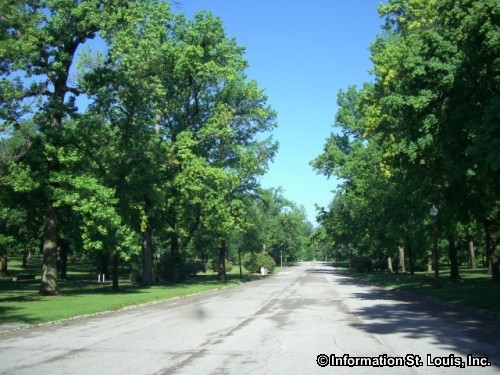 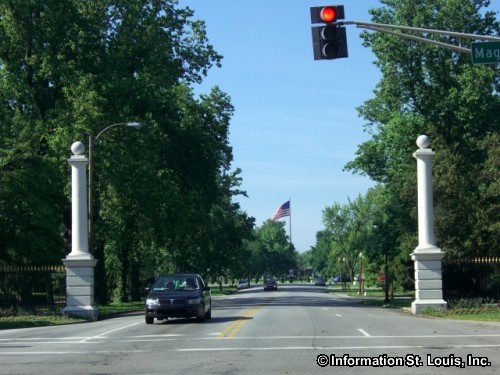 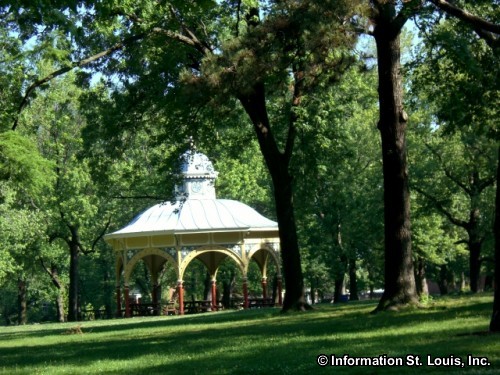 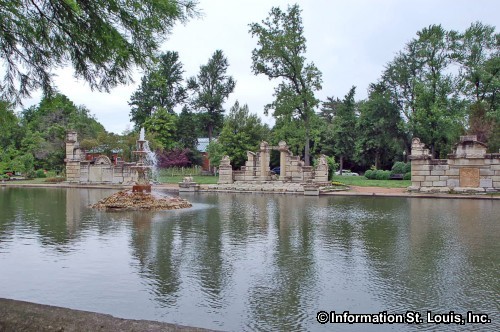 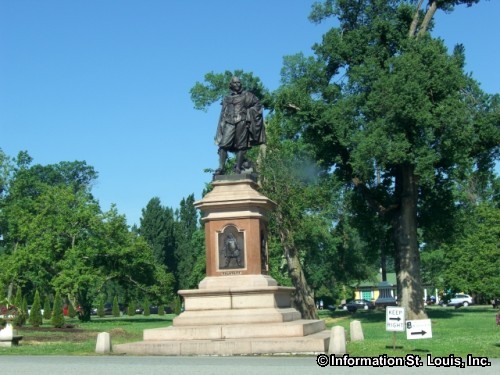 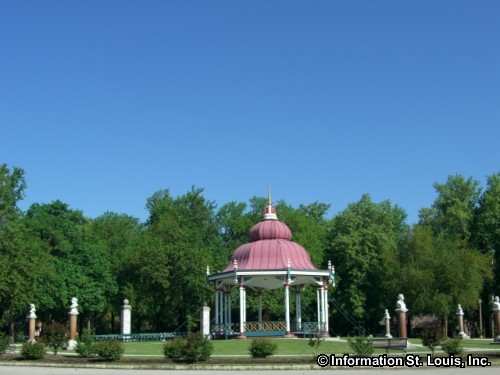 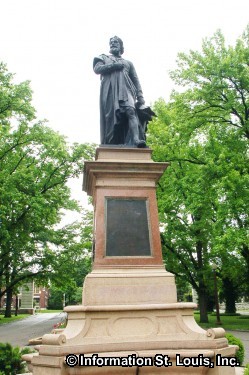 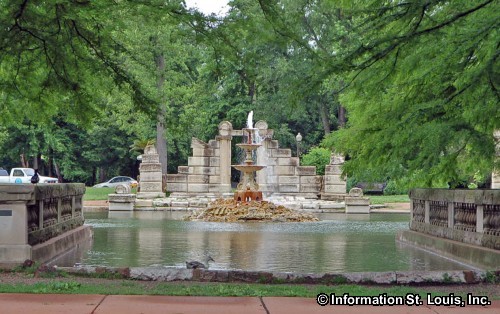 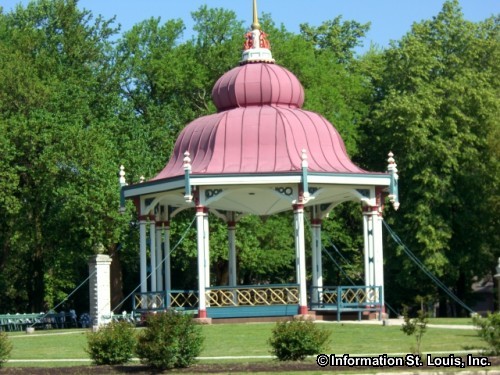 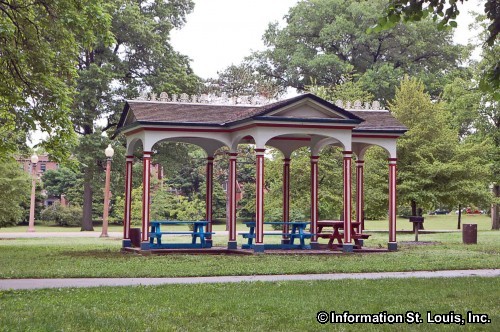 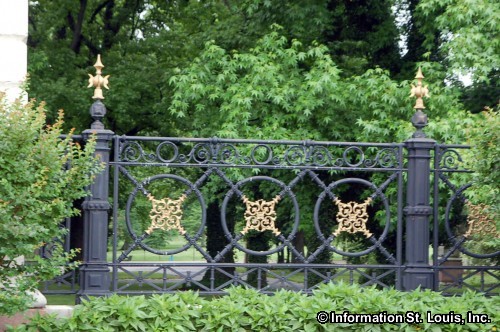 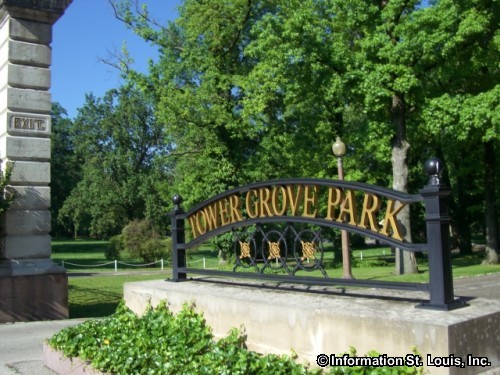 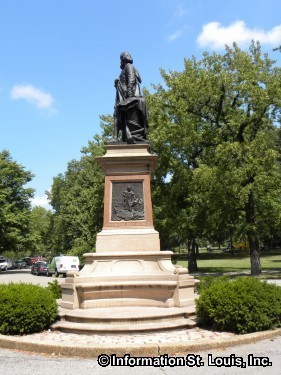